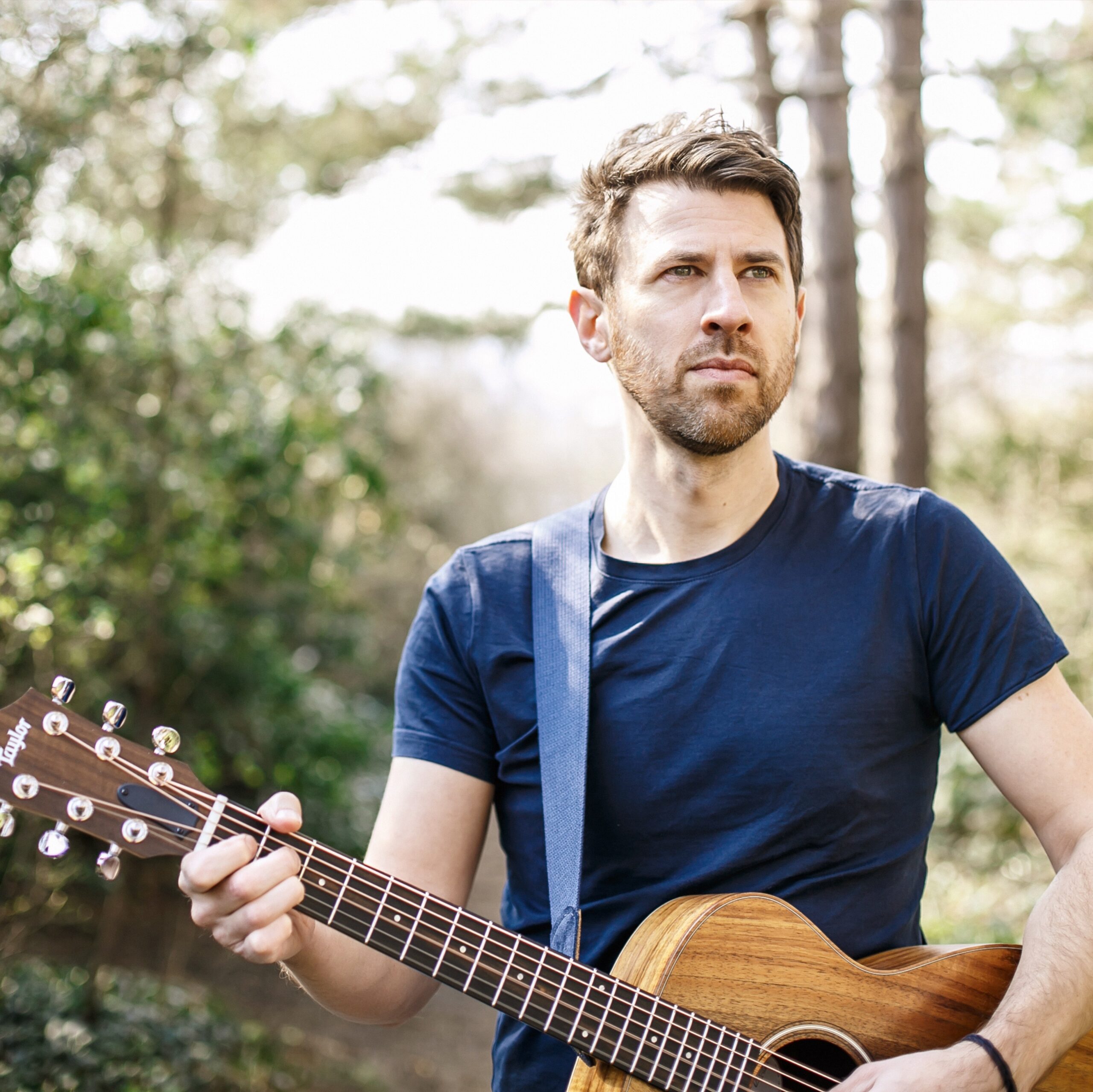 Hailing from the UK, Andy Hobson is an up and coming singer/songwriter, multi-instrumentalist and producer with a penchant for writing infectious tunes and relatable narratives, inspired by internationally acclaimed Artists like U2, Radiohead, Pink Floyd, Beach Boys, Kate Bush, Peter Gabriel and Fleetwood Mac. Hobson’s music journey began as the drummer in a band signed to legendary Parlophone label. A notable highlight was touring with The Killers when they released their iconic hit Mr Brightside.

Hobson later grew into a singer/songwriter and producer creating music that is able to express nuanced feelings that invoke strong emotions with artful gravitas, through carefully crafted, ever-ascending melodies. Hobson is an avid storyteller, drawing inspiration from his life experiences and other work as a wildly successful spiritual teacher, with over 5 million plays of his guided meditations and music.

Hobson seems to have a unique, innate ability to ingeniously blend multiple styles of music to create pop/rock earworms with a meditative twist. With big dreams and plenty of energy to spare, Andy Hobson seeks to positively influence society with his music, and is well on his way to becoming one of the most phenomenal artists in our generation.

Andy is currently working a debut album of songs that he started writing and producing in 2020.

Here are some interesting facts about Andy:

1. He played Wembley Arena once
2. He met Slash in a hotel in Osaka
3. Andy worked for 5 years managing a child therapy service in a primary school in London.
4. He’s had 26 jobs since leaving school. (highlights being gardener, water meter reader, bike mechanic and fundraiser)
5. He’s been featured on the cover of London cyclist magazine.
6. He was on tour supporting The Killers when they released Mr Brightside.
7. Pos from De La Soul really liked a drum cover he did on youtube of ‘Tread Water’.
8. Andy introduced the Dalai Lama at an event one.
9. He’s a dad to two little boys age 4 and 2.
10. Andy plays drums, guitar, violin, piano, synths, hang drum, bass guitar and mandolin. All self taught.
11. He once had breakfast with Peter Gabriel at his studio in Bath.
Read a recent interview with Andy here 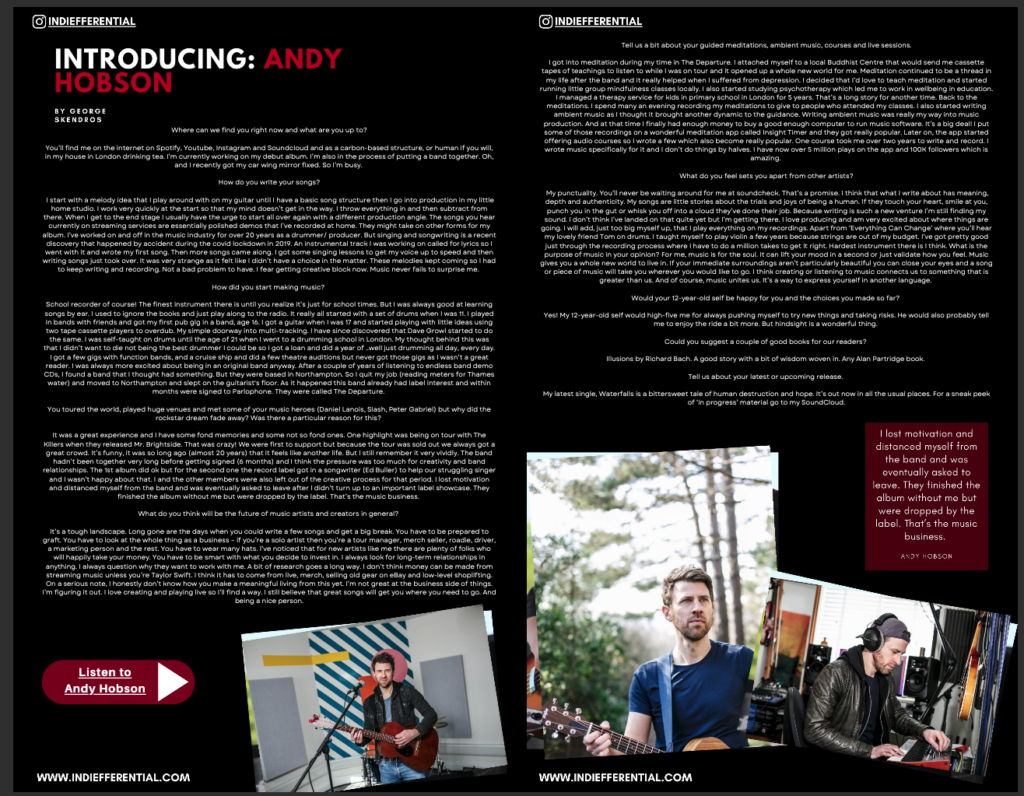